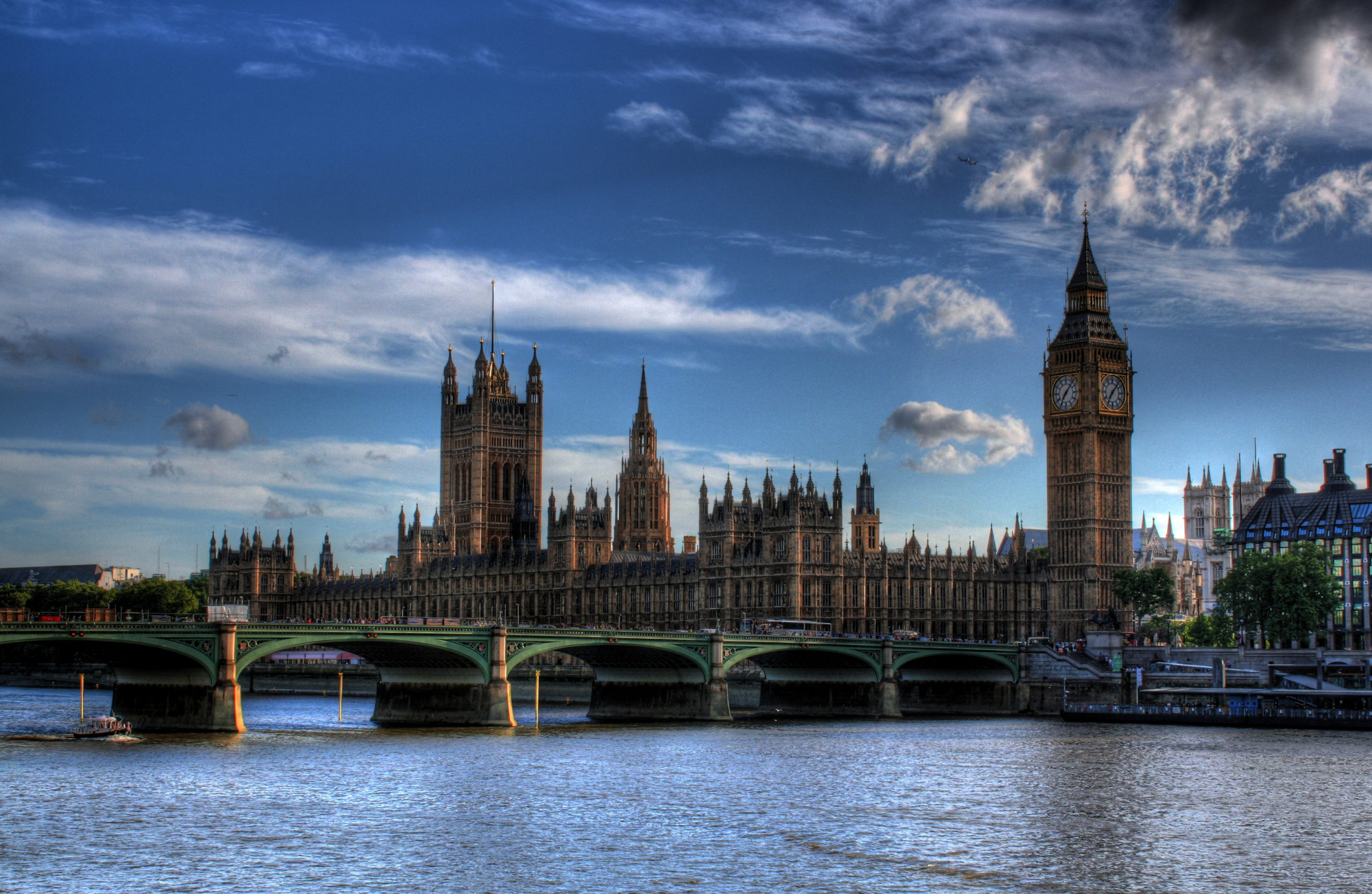 After all everyone thinks that Association Football is a thugs game however the contemporary rules (the Cambridge Rules) were set out at Cambridge University in 1848.

Planning however is a little bit older.

Our sensibilities on ordered planned settlements stem from the Roman Occupation of Britain between AD43 and AD410. The Romanisation of Britain within this period set out ordered systems of building and infrastructure that are replicated within the contemporary settlements today. Concepts of an organised road network within towns to quickly distribute traffic and defences were set out within this early period as was concepts of building typologies and design. The roman barrier block, a ‘O’shaped square building surrounded by roads and with a centralised quiet shared space is still an important urban design tool for dealing with the noise and disturbance of our modern cities.

The roots of the UK town and country planning system as it emerged in the immediate post-war years lay in concerns developed over the previous half century in response to industrialisation and urbanisation. The particular concerns were pollution, urban sprawl, and ribbon development. These concerns were expressed through the work of thinkers such as Ebenezer Howard and the philanthropic actions of industrialists such as the Lever Brothers and the Cadbury family, and architects such as Raymond Unwin and Sir Patrick Abercrombie.

By the outbreak of Second World War, thinking was sufficiently advanced that, even during the war, a series of Royal commissions looked into specific problems in urban planning and development control. These included:

The Barlow Commission (1940) into the distribution of industrial population
The Scott Committee into rural land use (1941)
The Uthwatt Committee into compensation and betterment (1942)
The Reith Report into New Towns (1947)
Also, Patrick Abercrombie developed the Greater London Plan for the reconstruction of London, which envisaged moving 1.5 million people from London to new and expanded towns. These intellectual efforts resulted in the New Towns Act 1946 and the Town and Country Planning Act 1947.

The 1947 Act, in effect, nationalised the right to develop land. It required all proposals, with a few exceptions, to secure planning permission from the local authority, with provision to appeal against refusal. It introduced a development charge to capture the planning gain which arises when permission to develop land is granted. This was abolished by the 1954 Town and Country Planning Act passed under subsequent Conservative government. Green belts were added in 1955 via a government circular. Furthermore, the 1947 Act introduced a requirement, which still exists, on local authorities to develop forward looking policy documents such as Local Plans or Unitary Development Plans to outline what kind of development is permitted where, and to mark special areas on Local Plan Maps (today referred to as the policies map or allocation plan). It did not introduce a formal system of zoning as used in the United States. Counties developed Structure Plans that set broad targets for the wider area. Structure Plans were always problematic and were often in the process of being replaced by the time they were formally adopted.

The original system was designed as an expert system. Expert systems are processes where the system is the expert not the operator and the planning system was organised in this way. Policies and controls were established to offer binary decision making so that anyone could make a sound planning decision. A modern day equivalent of this is Class A to E of Part 1 of Schedule 2 of the General Permitted Development (England) Order 2015. These PD allowances have not been substantially altered since 1955 and offer a binary set of decision making points with very little interpretation required by the technician. As time has passed the system has introduced more subjectivity and this has elevated the planning officer from the role of operator to expert.

Over the years, the planning system has undergone a number of alterations, which were consolidated in the Town and Country Planning Act 1990 (TCPA 1990). Section 106 substantially re-wrote Section 52 from the former Act, settling the concept of agreements (known as “planning obligation agreements,” or more commonly “Section 106 agreements”), under which the developer is subject to detailed arrangements and restrictions beyond those that a planning condition could impose, or by which he makes agreed financial contributions beyond the immediate building works to offset development effects on the local community. This was soon amended to allow a developer to self-impose obligations to preempt objections to planning permission. This prevents the planning authority from blocking a permission by merely failing to negotiate.

Three further Acts related to planning are associated with this primary act: The Planning (Listed Buildings and Conservation Areas) Act 1990, the Planning (Hazardous Substances) Act 1990, and the Planning (Consequential Provisions) Act 1990. These four Acts are referred to as the Planning Acts. Almost immediately after parliament passed these Acts, the government had further thoughts on the control of land development, which led to the Planning and Compensation Act 1991, which made important alterations to many of the Planning Acts provisions.

The Planning and Compulsory Purchase Act 2004 made substantial changes to the English Development Plan system. It did away with both Structure Plans and Local Plans, in favour of Local Development Frameworks (LDFs), which are made up a number of Local Development Documents (LDDs) and Supplementary Planning Documents (SPDs). The Regional Spatial Strategy (RSS), which is produced by Regional Assemblies in England, replaces the Structure Plan as the strategic planning document (i.e., the RSS that’s targets for housing and employment development within each district in a Region in the future). A variation on this approach exists in Wales.

Local Authorities are also now required to produce Local Development Schemes (LDS) – which outline the work the LDDs/SPDs they intend to produce over a three-year period, and Statements of Community Involvement (SCI), which outline how the Council will involve the local community. All LDDs and SPDs also have to be accompanied by a Sustainability Appraisal (SA) and a Strategic Environmental Assessment (SEA). The SEA is a requirement under European Union laws. Planning Policy Guidance Notes are also being gradually replaced by Planning Policy Statements.

Minor variations were allowed to planning permissions, recognising that information provided for planning permission does not provide enough detail for actual construction. Working drawings are required first, and architects often make small changes to accommodate a building’s technical requirements. Also, plans might change on site to overcome unforeseen problems. Legality of minor amendments was challenged in 2006, and central government advice to many local authorities was that any variation to a planning permission should require planning approval.

The Localism Act 2011 introduced wide-ranging changes to the planning system in England. The bill introduced legal provision under which local communities (led by parish councils or neighbourhood forums) could develop neighbourhood plans. Similar to development management documents produced by the local authority, neighbourhood plans have statutory weight, so that they are considered in the determination of planning applications.

In 2012 The NPPF marked the last major change to the evolution of the UK System. The NPPF was originally published by the UK’s Department of Communities and Local Government in March 2012, consolidating over two dozen previously issued documents called Planning Policy Statements (PPS) and Planning Policy Guidance Notes (PPG) for use in England. A revised NPPF was published by the UK Government’s Ministry of Housing, Communities and Local Government on 24 July 2018 and then further updated in February 2019. This the first revision of the National Planning Policy Framework since 2012 implements around 85 reforms announced previously through the Housing White Paper, the planning for the right homes in the right places consultation and the draft revised National Planning Policy Framework consultation. The revised NPPF has since been updated on 19 February 2019 following a technical consultation to redefine deliverable housing. On 23 May 2019 the Secretary of State for Housing, Communities and Local Government issued a Written Ministerial Statement to remove paragraph 209a from the revised National Planning Policy Framework following a legal judgement.

Move forward to 2021 and the government is promising planning reform. The Planning for the Future white paper published in August 2020, setting out the Government’s proposals for “once in a generation” reform of England’s planning system, has proved controversial, as have separate proposals to reform the current system of calculating housing need. This briefing from the House of Commons Library examines those proposals and the other planning changes already made during the Covid-19 pandemic.

2021 Promises more alterations to the rules of the game that have been since 1948. It remains my view that these changes will be watered down a bit but we may be in for some big changes ahead.