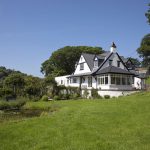 These indicate a larger and increasingly ageing UK population compared to the 2012 projections. The fastest projected growth is in London, the South East and the East of England regions. Assumed net migration accounts for 51 per cent of the increase.

The ONS population projections will provide the basis for the new DCLG 2014-based household projections which are expected next month (July).

In the meantime inspectors examining local plans will expect local planning authorities to explain to what extent they have taken the new population projections into account when assessing their housing need.

For England, the population is projected to increase by 9.0 million from 2014 to 2039. England, therefore, accounts for a large part of the overall population increase. This is 0.6 per cent higher than the projection in the previous 2012 Population Projection.

The areas experiencing the fastest population growth are London, the South East and the East of England regions.

So what does it mean for our LPA’s

Well in on recent Appeal decision the subject of Housing Numbers was right at the top of the agenda. In the determination of Appeal Ref: APP/R3650/W/16/3141753 Hindhead Furnishing Warehouse, Hill Road, Hindhead, Surrey GU26 6QW Inspector Deane stated:

4. The Council accepts that it cannot demonstrate a 5-year supply of deliverable housing sites. Paragraph 49 of the National Planning Policy Framework (the Framework) states that in these circumstances, relevant policies for the supply of housing should not be considered up-to-date.
5. Paragraph 14 of the Framework says that where relevant policies of the
development plan are out of date, the presumption in favour of sustainable development means that unless material considerations indicate otherwise planning permission should be granted: that is unless any adverse impacts of doing so would significantly and demonstrably outweigh the benefits when assessed against the policies in the Framework taken as a whole.

Whilst this is not the first time the Inspectorate has raised housing numbers it is the first time we have seen it raised on a scheme so small. This development sought two additional dwellings! Hardly a massive jump up in numbers but sufficient to meet some need.

As reported here  only half of the LPA’s in England and Wales can actually meet their housing needs for the next 5 years and in the National Parks its even more desperate with South Downs NPA publishing their 2015 AMR showing that need will massively outstrip supply by 2031 .

Whilst LPA’s still try and refuse applications based on their policies the NPPF makes clear that where there is no 5 year supply of housing land the policies fall away. In those situations appeal and let the Inspectorate take over.