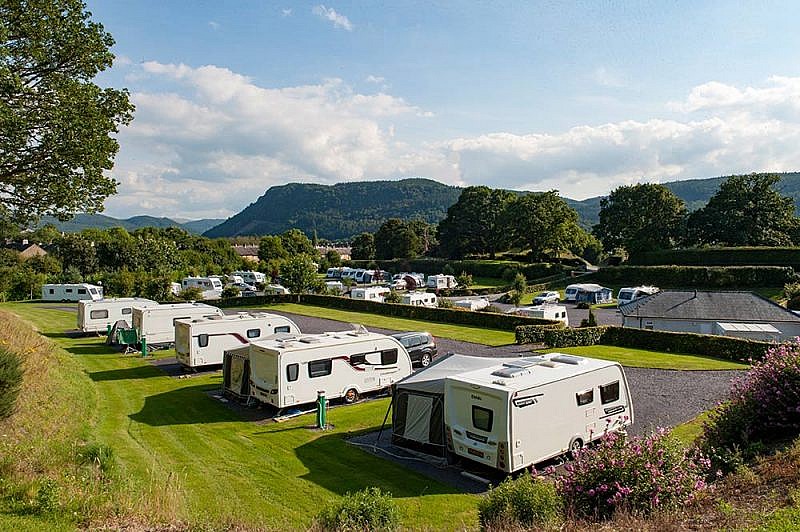 An LPA cannot require a new planning application to be submitted or enforce on the basis of intensification alone. Pure intensification of a use does not bring about a “material” change of use requiring planning permission. Only if the character of the use changes in a material way will an application be required. The key caselaw follows:

The ruling in R (Lyons) v Secretary of State for Communities and Local Government [2010] reminds us that the intensification concept was chiefly laid down relatively recently in Childs v First Secretary of State and Test Valley Borough Council [2005].

The Childs case concerned a site with a lawful use certificate for four residential caravans. The applicant was refused certificates for eight, 15, 30 and 50 caravans. The High Court held that the extent to which intensification constitutes a material change is a matter of fact and degree, to be considered in light of the character of the use. In this case, the judge decided that the degree of change in the nature of the use would be material and planning permission would be required.

In the same way, the Lyons case considered the nature and degree to which intensification affected the character of the land in question. The claimant sought to quash an inspector’s decision upholding an enforcement notice requiring a reduction in aircraft numbers at Damyns Hall Aerodrome in east London. In March 2007, a lawful use certificate had been issued for the site that limited the number of aircraft to 15. In April 2009 the number of aircraft present on the site totalled 41.

The appellant argued that the inspector had failed to give adequate reasons for concluding that intensification of the aerodrome use had changed its character. The inspector followed the process set out in Childs, taking the certificate figure as his starting point. Applying common sense, he accepted that a breach of this figure by one or two aircraft would not amount to a material change. However, he felt that the impact on green belt openness and the visual harm caused by 26 extra aircraft resulted in a material change in the character of the use.

In both cases, a limited excess was seen as acceptable.

This principle was further reinforced last year in Reed vs SOS and others (2014).

The I’m Your Man case (I’m Your Man Ltd v Secretary of State for the Environment, Transport and the Regions) established the principle that where planning permission is granted for a certain use, any limitation on the way that use is exercised must be imposed by express condition, not just in the description of the development.

The background to this case was that planning permission had been granted in 1995 for “additional use of warehouse/factory for sales, exhibitions and leisure activities for a temporary period of seven years …… in accordance with the terms of the application.” However, no condition was imposed by the local authority requiring the planning permission to be brought to an end after the seven years.

In 1997 the owner then applied for permanent use of the premises for the same purposes. The Court of Appeal allowed the application as any limitation should have been imposed by express condition, not merely in the description of the development. Additionally, the court held that the change from a seven year use to a permanent use was not sufficient to amount to a ‘material change of use. ‘

The principles laid down in I’m Your Man have now recently been examined in Winchester City Council v Secretary of State for Communities and Local Government and others [2015] EWCA Civ 563.

In respect of the flat first the addition of a bedroom that is wholly an internal change with no outward effect and that does not result in a material change of use (the flat remains a flat) benefits from the above case-law in that no development results. The addition is undetectable and therefore the intensification is not development.

In the case of an HMO this was argues fully by my former Boss at Portsmouth City Council, Claire Upton-Brown, Her argument at committee no less followed the prevailing case-law in that a 7 bedroom sui-generis HMO without a controlling condition limiting the benefit to just 7 persons was essentially a unfettered sui-generis HMO permission to which the Council would have limited control on intensification. In this instance we would concur with her argument that the addition of one or two persons to an otherwise unfettered HMO would not result in intensification detectable above the activity presented by the extant permission and with no other controls the Council would have no ability to enforce.

Therefore In order for the Council to be correct they must be able to define what the change to the character of the use is. A simple measure of number is insufficient.