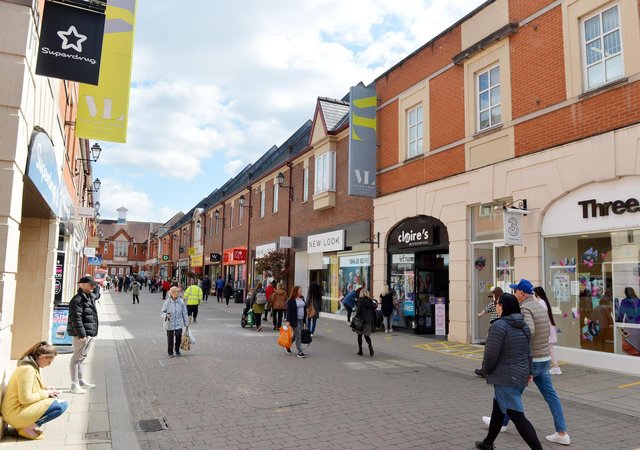 The Town and Country Planning (General Permitted Development etc.) (England) (Amendment) (No. 2) Order 2021 (snappy title!) was laid before parliament on the 9th July and makes the much needed consequential changes following the wholesale alteration to the Use Classes Order in September of last year. A copy of the legislation can be found at https://www.legislation.gov.uk/uksi/2021/814/made

A number of the changes were previously consulted upon in the spring and can be summed up in this helpful document which we produced earlier in the year.

However, there is one in there that has taken us all by surprise! Class G.

Now for those that know me I have lauded the benefits of Class G as it was the one remaining ways to gain the benefit of new dwellings in technically difficult circumstances and without the need for any form of permission at all from the Planning Authority. Sadly however those days are numbered as on the 1st August 2021 Class G loses its freedom and falls into the rank and file of prior approval matters determined by the planning authority through the prior notification process.

The matters for consideration by the LPA after the 1st of August are as follows:

(i)contamination risks in relation to the building;
(ii)flooding risks in relation to the building;
(iii)impacts of noise from commercial premises on the intended occupiers of the development;
(iv)the provision of adequate natural light in all habitable rooms of the dwellinghouses;
(v)arrangements required for the storage and management of domestic waste.

This now being a prior approval matter means that compliance with the national space standards is now a matter of fact rather than it being based on a reliance that Class G was not included within the original list or prior approvals caught by the NDSS.

I am gratified to Joshua Clayman of Windsor and Maindenhead Council for providing the legal clarity to the point of whether the development results in dwellings in their own right. Joshua points to the following in a recent debate with myself over email.

Whilst I have not specifically found an appeal regarding space standards and (the former version of) Class G, there is case law – Valentino Plus Ltd v SSCLG [2015] EWHC 19 (Admin) – that indicates ‘mixed use’ in the case of Schedule 2, Part 3, Class F of the GPDO 1995 (the precursor to Part 3, Class G of the 2015 Order) should be interpreted as a change to (up to) 3 planning units, namely a A1 shop and 2 self-contained flats. Hence, the self-contained flats are ‘true dwellings’ in the sense they are each their own planning unit.

Whilst Class G has become a prior approval process, it still creates a mixed use, so the question still needs answering. The new prior approval wording refers to adequate natural light in all habitable rooms of the dwellinghouses. This also indicates the flats being created are true dwellings.

This should hopefully bring an end to the debate as to whether the national standards apply. As per my comment above it is my view that they now do.

However there is some good news, Class G in its new form becomes a Super G permitted development allowance which is available to all of the uses within Use Class E rather than just shop or financial and professional services. This includes the ability to do two flats above any of the following:

Uses such as Betting Office and Pay Day Loan Shop are also included within the Super G provisions as a carry over from its former life.

your ability to use Class G on a Listed Building or indeed any other building that is within an area not available to Class MA remain exactly the same.

Whilst it was a shock to the system to see Class G turn into a prior approval matter without announcement by the Government this would resolve one pertinent problem in a land deal of my own in Cornwall. The funding house on the project have been demanding a Certificate of Lawfulness or Planning Permission for the proposed works which we have (to this point) been saying is not required. Whilst it may now be a necessity it will remove the uncertainty from the equation and mean that we can get our papers in order using the 56 day process. It will also draw a final line under the last mechanism to get flats that are below the 37sqm threshold within the NDSS so at least finally we can draw an end to clients seeking to break or bend the rules because profit is more important that quality.

The explanatory memorandum with the SI is, as always, notoriously vague on the transitional arrangements for Class G but does state:

7.43 Paragraph 4 provides for transitional arrangements where the amended right contains substantially new conditions. For example, Class G of Part 4 is amended to introduce from 1 August 2021 a requirement for local consideration of matters of prior approval. However, development begun before this date may continue to proceed
irrespective of whether an application for prior approval has been made.

Whilst the paragraph does not expressly state Class G of Part 3! (maybe a typo there!) it does make clear that if your development has begun you may continue it. However I am sure those schooled in planning law will also scream that Class G is a change of use and therefore governed by S56(b) of the Act which expressly states that the development is begun when the new use in instituted. Therefore with the transitional arrangements once again as clear as mud our old friend ‘fact and degree’ will come into play in the short to medium term.

This is only one of a vast number of changes happening in the summer of 2021 and so planning will once again be in a state of flux as we learn the new rules. Lets see what the story says in 8 months time!