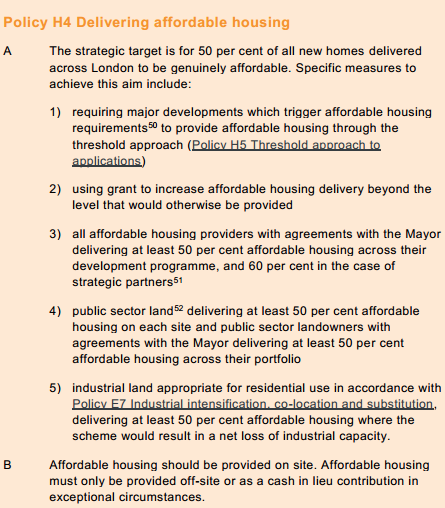 It is seldom acceptable for a Council to add to the reasons for refusal on the submission of a planning application. In general the previous decision is one of overriding weight and when resubmitting a scheme should be done with the expectation that planning permission will be assessed against the same parameters. Therefore it is always frustrating when a planning decision is made at the Council add to the reasons for refusal despite this general presumption.

The presumption is repeated within the Costs Guidance in the NPPG which states:

What type of behaviour may give rise to a substantive award against a local planning authority?

Local planning authorities are at risk of an award of costs if they behave unreasonably with respect to the substance of the matter under appeal, for example, by unreasonably refusing or failing to determine planning applications, or by unreasonably defending appeals. Examples of this include:

preventing or delaying development which should clearly be permitted, having regard to its accordance with the development plan, national policy and any other material considerations.

vague, generalised or inaccurate assertions about a proposal’s impact, which are unsupported by any objective analysis.

refusing planning permission on a planning ground capable of being dealt with by conditions risks an award of costs, where it is concluded that suitable conditions would enable the proposed development to go ahead

acting contrary to, or not following, well-established case law

not determining similar cases in a consistent manner

imposing a condition that is not necessary, relevant to planning and to the development to be permitted, enforceable, precise and reasonable in all other respects, and thus does not comply with the guidance in the National Planning Policy Framework on planning conditions and obligations

requiring that the appellant enter into a planning obligation which does not accord with the law or relevant national policy in the National Planning Policy Framework, on planning conditions and obligations

refusing to enter into pre-application discussions, or to provide reasonably requested information, when a more helpful approach would probably have resulted in either the appeal being avoided altogether, or the issues to be considered being narrowed, thus reducing the expense associated with the appeal

not reviewing their case promptly following the lodging of an appeal against refusal of planning permission (or non-determination), or an application to remove or vary one or more conditions, as part of sensible on-going case management.

if the local planning authority grants planning permission on an identical application where the evidence base is unchanged and the scheme has not been amended in any way, they run the risk of a full award of costs for an abortive appeal which is subsequently withdrawn

Whilst the overriding condition of a planning application governs that every application is assessed on its own individual merits the Council is only really permitted to re-evaluate something they have previously found acceptable based on a material change of circumstances.

Normally these circumstances need to be really big changes such as an alteration to the Local Plan or the introduction of a new SPD to supplement an existing policy point. Sometimes the changes are more widespread, such as a European designation being imposed. However a change in officer can also (unwittingly) lead to a re-evaluation.

It is often the case that a planning officer will not carry out a deep investigation into the planning history, particularly in relation to previous decisions, and will make a decision based on their own opinions. This can result in unpredictability within the system and frustration for applicants and agents.

Where such decision happen an appeal must reflect on the previous decision making processes first, especially where repeat applications have been made.

The Inspector will have regard to the decision as a matter of overriding weight and importance. Notwithstanding the change in view or planning officer it is well established case law that previous planning decisions are capable of being material considerations, meaning that they may need to be taken into account by those determining subsequent applications for permission.

The reasoning behind this was explained by Mann LJ in North Wiltshire District Council v Secretary of State for the Environment (1993) 65 P & CR 137: “One important reason why previous decisions are capable of being material is that like cases should be decided in a like manner so that there is consistency […]. Consistency is self-evidently important to both developers and development control authorities. But it is also important for the purpose of securing public confidence in the operation of the development control system.”

Two recent decisions in the High Court have now emphasised the importance of consistency in planning decisions and the need for clear reasons to be given where inconsistencies arise.

The first case, R (Midcounties Co-Operative Limited) v Forest of Dean District Council [2017] EWHC 2050, involved a challenge by the Co-Op of the granting of planning permission for an Aldi store on a site outside the town centre.

The application was approved at a full council meeting despite the planning officer’s report recommending refusal. One of the Co-Op’s grounds of challenge was that the council had failed to have regard to the importance of consistency in decision-making as it had refused to grant Aldi permission for a near-identical development on the same site the previous year due to adverse retail impacts on the town centre. The Co-Op also alleged that if the council had given consideration to its earlier decision, there had been a failure to give reasons as to why it had now reached a different decision and granted planning permission.

Planning permission was quashed by the court after it held that the council had made clearly inconsistent decisions and had failed to provide adequate reasons for doing so. By failing to reference, let alone address, the previous refusal decision, the council had not explained how the previous concerns relating to adverse retail impacts had been addressed and allayed in the subsequent application.

Singh J confirmed (at paragraph 107) that: “Although the authorities demonstrate that a local planning authority is not bound by its earlier decision, nevertheless it is required to have regard to the importance of consistency in decision-making.”

In essence, it was open to the council to reach a different decision but only if it had “grappled with the earlier reason for refusal based on retail impact and harm to the viability of the town centre”. The case emphasised that, in circumstances in which an earlier decision is a material consideration in the context of a current application, a decision-maker must provide clear reasons for any departure from their original position.

In the second case, Baroness Cumberlege v Secretary of State for Communities & Local Government [2017] EWHC 2057, planning permission granted by the secretary of state for a housing development was quashed after he had failed to take into account a decision taken by his own department a mere 10 weeks earlier.

The High Court held that the secretary of state’s decision that a planning policy was out-of-date, and thus could be given less weight, was completely inconsistent with the decision of his own department, which was that the policy was up-to-date.

Howell QC stated (at paragraph 100) that: “There is a public interest in securing reasonably consistency in the exercise of administrative discretion that may mean that it is unreasonable for a decision-maker not to take into account other decisions that may bear in some respect on the decision to be made. There is no exhaustive list of the matters in respect of which a previous decision may be relevant. That must inevitably depend on the circumstances.”

The earlier decision was not so different that it could reasonably be ignored. Any reasonable decision-maker would have considered it and decided whether they agreed with the reasoning given for regarding the policy as being up-to-date and whether the reasons were equally applicable to the present case. Again, they would also have provided reasons for any departure from the previous decision. Permission has been granted for the secretary of state to appeal the decision in the Court of Appeal.

These two court decisions emphasise the need for consistency in planning decision-making, especially when assessing similar developments. This is not so onerous so as to mean all previous decisions must be considered. However, it is clear that there are instances where decisions are so similar that to fail to take them into account would be nothing but unreasonable.