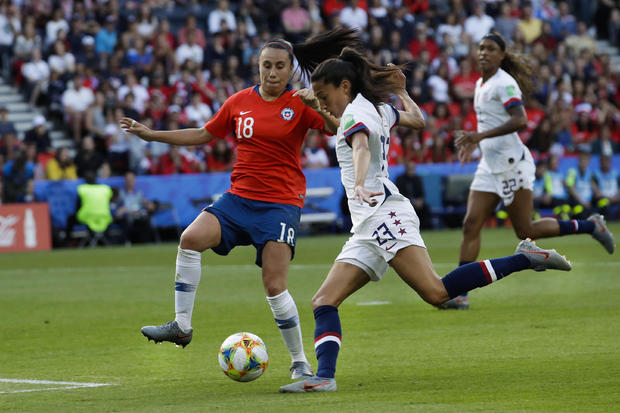 When talking to business leaders, which strangely I do…a lot, one of the questions I ask them is ‘do you know with certainty where you exist within your own business’. It is a point of fact that many Small and Medium Scale Business Owners don’t actually understand their own role. They are a Polymath, a Jack of all trades but master of none of them, and they spend their time diving between being a manager, accountant, marketeer and business development specialist.

Knowing where you exist within the Planning Game is equally important. Your role defines what you can do and what you can achieve within a system that is defined on role’s and responsibilities. The issue is both how the system has evolved and how the different players on the pitch get to interact within some tightly defined boundaries.

The evolution of the planning system as it is has happened in stages with different parts of the system being bolted into the game as time has gone on (much like the way the rule’s for Formula 1 are altered every year). In the next section of the book, a Brief History of Planning, I will do a deeper delve into the formation of Town Planning in the UK and why the playing field is stacked in the way that it is. For right now lets understand the players in the game and where they sit on the metaphorical pitch.

Drawing an analogy between the Planning System and a game of football is a useful tool to understand the protagonists in the game and how they interact with each other. Kensy Cooperrider, Dedre Gentner & Susan Goldin-Meadow in their article Spatial analogies pervade complex relational reasoning: Evidence from spontaneous gestures, noticed that over the course of their explanations, participants’ gestures often cohered into larger analogical models of relational structure. Analogy’s are useful to allow us to understand complex processes and through storey telling we can rationalise the illogical relationships between people and process.

With this in mind:

Picture a game of Association Football. There are two teams on the pitch both trying to score a goal. There are fans within the stadium cheering for the home team and for the away team. There is a referee keeping track of the clock and making sure the game is fair and of course a football (taking a beating from all sides). Now lets put some labels on our protagonists and draw comparisons.

Our Home Team are the planning officers and councillors at the Local Planning Authority. Its their ground and they want to be in charge. They are here to win the game (they are at home after all) and their strategy is geared to secure this.

Strategically the Home side is easy to predict as you have the ability to watch other games before you get to play them. You can see where their defensive weaknesses are before you step onto the pitch and you can (to a certain degree) predict their reactions based on this however the home side are big and strong and can boot the ball out of the park if they feel the need.

To understand the home team advantage you can do some scouting of your own. Planning Authorities have to publish planning applications and their results so you can see what they like and what they don’t like. You can also see how they play the game. Do most of the applications go out of time or do they stick to the clock? Do they viscerally hate a particular type of development (in Portsmouth that is Dormer Windows and Hip-To-Gable Conversions) or alternatively do they love to approve a certain form of development? In Croydon right now the game is stacked in favour of large houses being converted to flats whereas Hammersmith and Fulham hate the idea of losing HMO bedrooms as they are an important part of the housing stock.

Understanding how the home team play dramatically changes your ability to win the game effectively. If you are essentially playing with the Home Team instead of against it then you will both be playing for the same outcome and, in effect if the Planners and the Council think they have won and you get what you want out of the arrangement then fundamentally everyone wins the game!

In terms of the behaviour of the Councillor’s when they are ‘on the pitch’ you can also do some scouting there as well. Planning Councillor’s play the game in a planning committee often making multi-million pound decisions in 45 minutes or less. These planning committee’s are open sessions of the council that anyone can go and watch. In the main most applicants consider them dreary and tedious however the astute developer will be watching the players in action and identifying who they need to mitigate against within the unfolding game. For example there are particular Councillors who, for their own reasons, will never approve an HMO. They are allowed to have these particular views as long as they approach every application with an open mind – that is they can be persuaded for the right scheme. If an applicant knows this they can either isolate that player from the rest of the committee by making sure they never really have a case to answer or attack that player directly with a superior scheme that is highly compelling. Either way the scouting identifies which councillor they need to target in order to influence the result.

The Away Team are the applicants, their consultants and specialists. The away team are intruders on home turf, they want to win as it will give the home team a bloody nose however they are more agile and flexible in terms of strategy.

Strategically the away side has a bigger range of substitutes in its arsenal they can go to their bench and get any number of specialist players to counter the home teams strategy. The away side is smaller and more agile and is essentially read as the underdog in any encounter (even the bigger teams like Barrets and Taylor Wimpy). It is more difficult to predict the reactions of the away team and they are quick enough to react to changes in circumstances.

As an applicant your ability to quickly react to the home team is key to success. Later in this book we will talk about the development ecosystem and the team you should be seeking to build in order that you can react to changes in the circumstances you may face through an application life-cycle. Like with any football team it is difficult to buy in a new player mid way through the game, or even through a season, and so setting up your team right at the start is critical.

On the Pitch the ref makes sure fair play is done. The referee in the planning game is the Planning Inspectorate. Their word is law and the players (unlike a real game of football) don’t tend to argue with the ref unless absolutely necessary. That’s when the video ref (the High Court) gets involved.

The Referee follows the rules, to the letter of the law, they are there to make sure that the rules are followed. Sometimes we disagree with a ref’s decision but in reality we have to abide by what they say. They are the higher power.

Within the real planning game the Inspectorate is wholly independent. The Planning Inspectorate for England and Wales is an executive agency of the Ministry of Housing, Communities and Local Government of the United Kingdom Government with responsibility to make decisions and provide recommendations and advice on a range of land use planning-related issues across England and Wales. They are not attached to either the planning authority or the applicant and are in fact there to reassess the judgement and determine if that judgement was correct by either allowing the appeal (and granting planning permission) or dismissing the appeal by upholding the original decision. They can also add to or remove reasons for the decision so an appeal to the ref should be carefully considered.

In simple terms the ball is the development site in question. To be frank this will take a kicking from all sides until a clear winner establishes itself. Either that or it will get booted out of the park in an refusal or find itself buried in the back of a net in an approval.

The Spectators, Home and Away.

On the outside of the pitch and watching the game unfold are the spectators. Like with any game of football they have power and influence over the progression of the game on the pitch. Think about every time you have put an application in and the home fans (the objectors) have rallied and issued 100’s of objections. Those shouts from the crowd have a real effect at a football game because it bolsters the will and spirit of the players. In exactly the same way objections en-mass within the planning game weakens the applicants argument and strengthens the LPA’s resolve.

The louder the shout the more likely it is that the matter will go before the committee by being ‘called in’ thus bringing the Council’s reserve team – the Councillors – onto the field for a bit of extra time planning decision making.

There are a few different way’s in dealing with, or using, the crowd during the application life-cycle and I will discuss this further later in this book but for right now consider the question ‘is it better to be one voice shouting against the noise or shouting with it’.

The Managers direct the play on the pitch calling out tactical changes and rallying their players to score a goal. Much in the same way our managers within the planning game give direction to the field of play and focus the players attention. Managers can sway a game dramatically just as a Head of Service can turn a decision on its head or an applicant can suddenly decide on a new direction.

The immortal quote from Kenneth Wolstenholme’s BBC TV commentary in the closing moments of the 1966 FIFA World Cup Final sum’s up the effect of the managers best in my view.

“And here comes Hurst! He’s got…
Some people are on the pitch! They think it’s all over!
It is now, it’s four!”

A Manager at an LPA can literally end the game in an instant if they take a dislike to an application or if it’s in line with their own strategy for winning the game. Manager’s at council’s think long term and are there to win the season. They are assessed on a peer review basis and by the Planning Advisory Service and can be sent off by the Ref (The Inspectorate) if things are going wrong.

Knowing where and who you are in the planning game is an important step in your journey through the development system. Stay tuned to more insights on the site.